Real members of MyChronicPainTeam have posted questions and answers that support our community guidelines, and should not be taken as medical advice. Looking for the latest medically reviewed content by doctors and experts? Visit our resource section.

For Those That Have Used Marijuana, Would You Please Share Your Experience.

For Those That Have Used Marijuana, Would You Please Share Your Experience.

Primary doctor suggested that I try marijuana instead of more opiates. I need to ask my pain doctor first a I signed a paper saying that I would only get pain meds from him. I have an appointment on January 5th and I want to go with some information about the success of using marijuana. I also need to know what to ask for. I'm really not interested in smoking it as I've never smoked before. Rx Marijuana is legal here in Arizona so that is not an issue.

Dont have to smoke it. I have it in cake and cookies. Its helps with neuropathic pain

Thank you for sharing. I just tried cbd and got some positive results.

I use medical marijuana for pain relief and help with my insomnia. It's the only medication I've found that relives the pain from fibromyalgia and makes my days bearable instead of horrid; opiates only do so much. I have found that marijuana doesn't do a lot for nerve pain, however. So it depends on what the primary source of your pain is to determine if it will help you. It does help with other side effects of being in constant pain, such as hunger, nausea, depression, and insomnia. If you have the opportunity to try it, I would give it a go.

I suggest that you may try edibles instead of smoking, perhaps. I know that's what I use, as smoking irritates my lungs and I already have respiratory problems. It takes a little longer for the edibles to take effect, but I think the effect is a little stronger than the smoke. It depends a lot on the strain of marijuana that you use.

have a prescription for Medical Merijuana here in Ontario. I take it twice a day and is appears to be helping me. It also assists with depression. I do Not use THC just the one for pain. I do not take any more opiates the side affects are awful. I do take cymbalta because of chronic depression, only side affect I experience with it is constipation. But the merijuana works well. I take one dropper full morning and night. The strength of the bottle is 10mgs. I had to try something because my pain level can get very high at times. Don't be afraid to take Meijuana more and more research is being done on it and as long as it is used properly it is effective. hugs

I smoked pot in the 1960s and early '70s (didn't everyone?), but then decided to be a "respectable citizen" and became a serious alcoholic instead. Some trade-off, right? Well, I've been sober for over 17 years, and was drawn back to pot because of a chronic illness, peripheral neuropathy that has torn me apart since 2011. I have learned to use lots of pain medications, e.g., Vicodin, Tramadol, and OxyCodone. I really don't like turning into a drug addict, but that's where I'm heading--and the pills don't even do all that much except waste me. When I smoked pot over the last year, yes, I got wasted (truly lovely!), but I also rediscovered the single best analgesic I've ever met. For several hours I felt human again.

But my supplier got out of the business, I suspect, and I can't put out ads, can I, for someone who grows or distributes the stuff. I live in Massachusetts, where pot is now legal--but only for the user, not the person who supplies it! I wish I were kidding. So the sources are even narrower than before. I'm shit-out-of-luck.

I have a primary care physician who is a dyed-in-slime conoissubkeward. He won't prescribe pain-killers, and of course casts a cold eye on marijuana, which he won't even talk about. It's not just him. You don't want to get a chronic illness in Western Massachusetts--the primary care doctors are basically awful.

Yes, there is medical marijuana in my State, but getting access to it requires a special card from a doctor who is approved to certify that you need and can benefit from marijuana or or cannabis-based products. There are exactly TWO physician in Massachusetts permitted to certify a potential user. One is 50 miles from me, and getting there is all but impossible without a 3-hour bus ride. The other is right outside Bostnon--requiring an overnight in a hotel. I can't afford that either. And let's not forget the non-refundable fee's the $200 fee. Enough? After you get the card, you get to find a dispensary. More money. Then you can edibles, smokables, and paraphernalia.

But no.God forbid anything is made even partially simple for someone with chronic pain. Instead we're forced to use opioids--which are not limitlessly obtainable--or we can take Advil (ha!) or we can score from some really dubious sources, if we can find them.

View all
Does Medical Marijuana Help Chronic Pain As Well Or Better Than Opioids ? 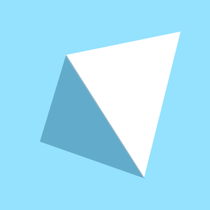 2
3
17
Has Anyone Tried Kratom For Pain Relief? 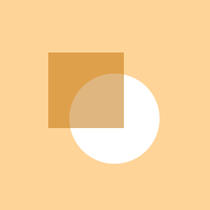 5
69
Besides Chronic Pain, Anyone Had Gallbladder Surgery? 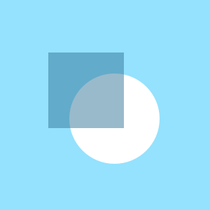 Start meeting others who understand

© 2023 MyHealthTeam. All rights reserved.
MyChronicPainTeam is not a medical referral site and does not recommend or endorse any particular provider or medical treatment.
No information on MyChronicPainTeam should be construed as medical and/or health advice.